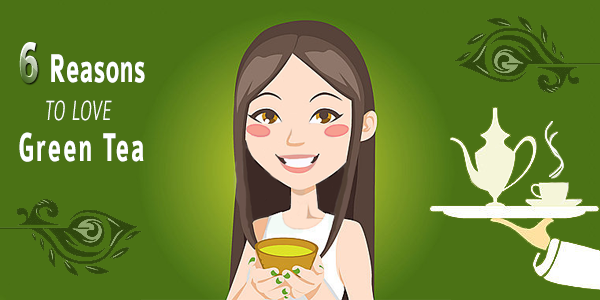 There have been many studies on green tea consumption’s health benefits as well as the benefits of green tea extracts. Obviously, drinking green tea has more traditional roots in Asian countries than in western nations.

Drinking green tea has become more popular in western countries, since its health benefits have been increasingly publicized over the past few decades. But along with those benefits, there have been concerns over tea’s fluoride content.

So a simple rule is to use high quality, young, loose-leaf green teas, such as jasmine and others grown in areas that don’t irrigate with fluoridated water, which is almost anywhere outside the USA. Besides, the compounds responsible for all the health benefits are fewer in older plant leaves than younger ones.

(1) The 2009 journal, Phytochemistry, published a study that looked into the potential for green tea’s antioxidant catechin compound epigallocatechin gallate (EGCG) to inhibit metabolic syndrome, the precursor of type 2 diabetes. The research team discovered promising potential for EGCG to create that effect.

(2) Also in 2009, a Japanese study recorded in the American Journal of Clinical Nutrition concluded: “A more frequent consumption of green tea was associated with a lower prevalence of depressive symptoms in the community-dwelling older population.”

(3) Another Japanese study, recorded in the 2008 Journal of Nutrition, determined from an epidemiological study (large population statistical analysis) and a review of several animal randomized control tests (RCT) that higher green tea consumption has a positive effect on reducing cardiovascular disease (CVD) risk.

(6) A Hong Kong, China, study using both in vitro and in vivo human testing determined that green tea provides significant protection against DNA damage, or genoprotective effects. They used a “comet assay” to determine DNA damage from H2O2. Published in the 2011 British Journal of Nutrition.

Even more green tea studies are available if you can handle wading neck deep through intense medical and biological babble. They can be very educational if you take the time to look up some of those esoteric terms.

Consumer discretion is advised for researching, shopping, and sampling green teas for the optimum health benefits with minimal fluoride concerns as discussed earlier.

Green tea extract supplements may pack even more powerful antioxidant, anti-cancer, and immune system support than a few cups of green tea. But if you’re a tea lover, hold the sugar and drink up with the knowledge that you’re supporting your resistance to disease.