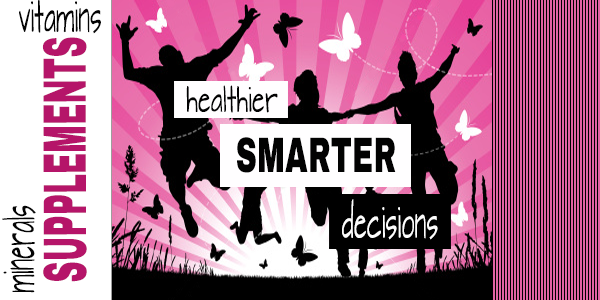 Often enough, especially recently, Natural News has been fending off mainstream medical attacks on supplements. The mainstream media supports whatever biased and bogus reports mainstream researchers release, probably because a lot of advertising money comes from Big Pharma and the rest of the Medical Mafia.

And also because of what Mike Adams said in a December 17, 2013, Natural News article: “Mainstream media reporters are, by and large, outrageously ignorant about nutrition, isolated nutrients, whole foods, the games Big Pharma plays, the corruption of the science journals and so on.”

The most recent supplement and multivitamin attacks got a lot of favorable press. And they gave the ghoulish Dr. Paul Offit of “babies can tolerate 1,000 vaccinations at the same time” fame another platform for promoting his new book that rails against vitamin and mineral supplements, herbs and Linus Pauling.

Although not with same impact as the attacks on supplements that were featured in several major mainstream outlets, a counterattack has been launched and recently published as a study in the peer-reviewed Nutrition Journal.

Naturally, the lamestream media hasn’t run with the story and probably won’t even walk with it.

Here’s what the Council for Responsible Nutrition (CRN) published

The study was titled “Health Habits and Other Characteristics of Supplement Users.”

CRN conducted a mega-study of 20 different peer-reviewed scientific journal articles and found that, “overall, the evidence suggests that users of dietary supplements are seeking wellness and are consciously adopting a variety of lifestyle habits that they consider to contribute to healthy living.”

CRN noted that over half of US supplement users were covered in the 20 studies they reviewed. Contrary to the notions spread by supplement naysayers, most of those surveyed used supplement-based strategies to bolster better food choices instead of using supplements to replace the nutritional void from poor food choices and sedentary lifestyles.

In other words, supplement users were not ignoring food for nutrition. The mega-study determined that those who took supplements also made better nutritional choices with foods than their non-supplement consumer counterparts, who usually made poorer food choices.

The study revealed that enriching or fortifying foods helped increase nutritional values, but combining supplements with whole foods had more impact toward increasing nutritional intake. There was no mention of organic food comparisons in the CRN press release.

But the study’s bottom line that supplement users were more concerned about taking responsibility for their health and were doing so successfully could be what the medical mafia doesn’t want others to know. Ya think?

The most ignored supplements are the most important – minerals

In 1936, journalist Rex Beach covered a maverick MD’s agricultural research in a lengthy article published in Cosmopolitan magazine. The MD, Dr. Charles Northen, had turned to soil science, because he realized that nutrition is the basis of health, and our crops, even in 1936, were lacking minerals due to poor top soil mineral balances.

He advocated doing what small organic farmers are discovering now, ways to balance the soil’s mineral composition so that synthetic fertilizers and pesticides wouldn’t be necessary, and the crop foods would be more nutritious.

“Bear in mind that minerals are vital to human metabolism and health [emphasis added] – and that no plant or animal can appropriate to itself any mineral which is not present in the soil upon which it feeds,” asserted Dr. Northen. “Lacking vitamins, the system can make some use of minerals, but lacking minerals, vitamins are useless.”

The article was entered into the U.S. Senate archives as Senate Document 264, 74th Congress, 1936. Of course, it went nowhere. Big Ag flourished with the “Green Revolution” in the mid-1940s, and things only got worse until the organic food movement accelerated after the 1960s.

Minerals are even more important than vitamins. For example, most Americans are magnesium deficient, yet magnesium is involved in over 300 cellular metabolic processes. And vitamins don’t perform as well without minerals.

Just what types of mineral supplements are most effective is covered very well by the iconoclastic chiropractor Dr. Tim Shea of the Doctor Within.